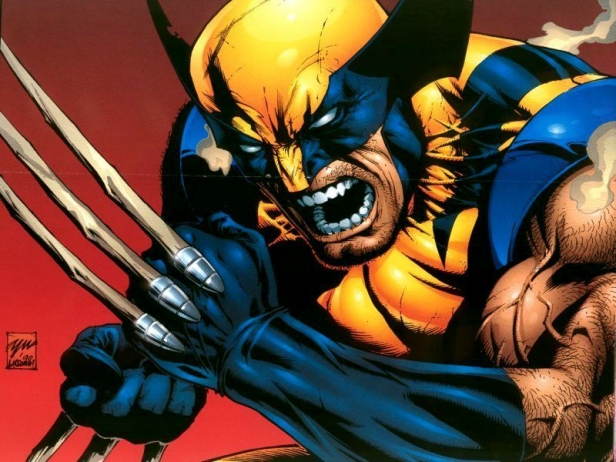 Nerd Alert! I grew up watching the X-Men cartoon on Saturday mornings. Just hearing that opening riff from the theme song brings back memories of running around the playground with pencils between my fingers so I could have the claws like Logan. However, it hit me the other day. Wolverine’s claws are a great example of how our wrists should be positioned during training and work. What does he always do before bringing out the claws? He fists up and straightens his wrists. He does this because if he had his wrist flexed or extended, the claws would puncture his hands.

Now, I have to admit I still haven’t found an orthopedic surgeon that will graft Adamantium to my skeletal frame (even though my wife Lauren is a doctor, she has refused…) so it appears I’ll have to wait awhile longer.
However, this is EXACTLY what I cue my clients to do before performing many weightlifting exercises, especially any pressing variations. We all remember being told to keep our wrists up while typing, the same rule applies when lifting weights!

Bench Press: A slight bit of wrist extension is inevitable while benching, BUT squeezing the holy hell out of the bar will accomplish four goals:
1.  You’ll press more because your arm is in a much more stable position. No wasted energy.
2.  You’ll press more because your wrist extensors and flexors are firing. More muscle fibers contracting equals more weight lifted.
3.  Your wrist is safer as you will prevent excess wrist extension which can lead to overuse injuries overtime such as carpal tunnel syndrome.
4.  You’ll also increase your grip strength, making you stronger overall and harder to kill.

-Demarco Crum, CPT and future member of the X-Men