Stop Spinning Your Wheels and Hire a Coach 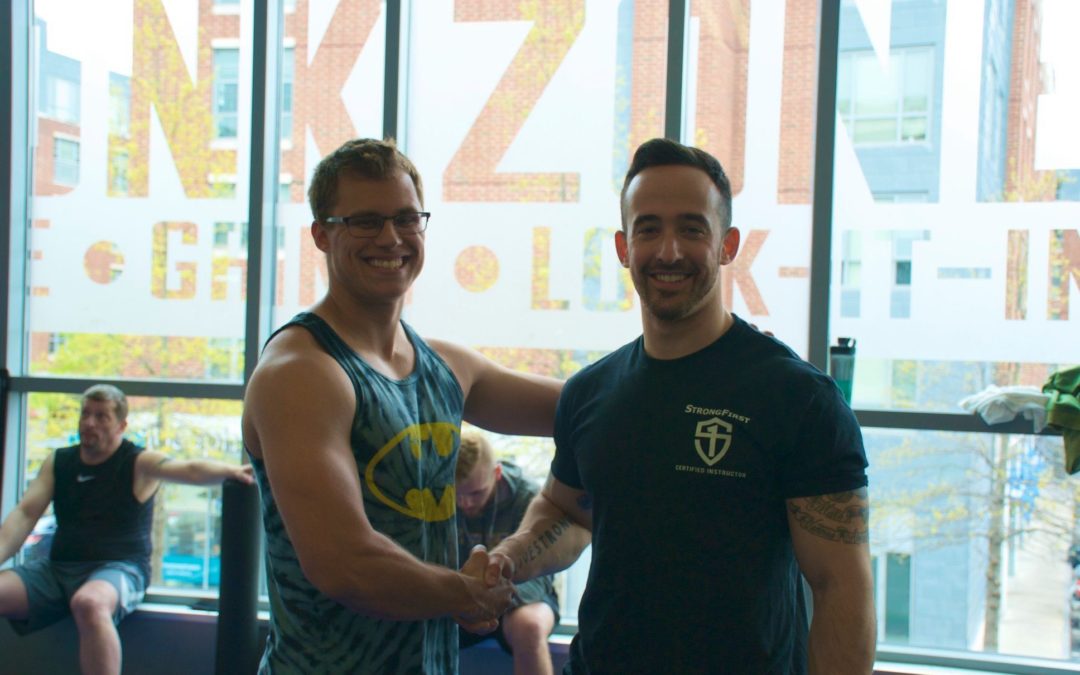 I’ve been a personal trainer for almost seven years.  Over those years, I’ve learned a ton, challenged myself and (I hope) have become a better coach.  I’ve read many books, listened to hundreds of podcasts, watched hundreds of YouTube videos and have accumulated a little bit of experience.  While I wouldn’t change a thing, the last few years have rapidly accelerated my development as a fitness professional.  Everything else stayed the same, all I did was hire a coach.

When I hired Sean, I had very little experience with kettlebells but was very interested in learning.  He as well as other respectable trainers at our gym were training with them and I was having serious FOMO!  In the two years that I’ve been training with him, we’ve accomplished the following:

I could go on, but you get it.  Training with Sean has been an absolute game-changer for me.  There was one problem in my training though.  While Sean was supervising me during my kettlebell and body-weight training, I was barbell deadlifting solo.  After my 410 pr, I had a little bit of lower back tightness but it went away as soon as I started snatching so I didn’t think much of it.  Fast-forward a couple of months, I was on another deadlift program and making great progress.  Today was the toughest in the program:  5×5@325.  I was super pumped because this would be a rep pr and then the volume dropped to 3×3.  First set felt great, moved pretty well (or so I thought).  Second set was tougher, but I managed to finish all 5 reps.  Third set, something went wrong and I felt that lower back tightness again.  My ego lifting days are over.

I’m 30 now, and not trying to impress anyone.  I put the weights up and called it a day.  Felt fine a couple of days later and was eager to get back to it.  I worked-in with one of my coworkers on single-arm swings.  Foolishly, I tried to keep up with his weight.  I quickly realized I needed to drop the weight if I was going to survive.  The next day, getting out of bed felt like I was an 80-year old arthritic zombie.  My lower back was in extreme pain and it was shooting down my left leg (I’m not a doctor but I’m pretty sure that’s not good…).  The next few days of training were tough.  Squatting down to grab a piece of equipment was extremely painful.  Getting out of the car was also not much fun.  I was walking around like Batman after his first battle with Bane, it was bad.

I hired Mike for one reason:  Help me get out of pain.  The first 2-3 weeks, we did no lifting.  All we focused on was mobility.  We figured out a few things:

Not only did Mike’s training help me get out of pain, he helped me learn a much better deadlifting technique for my body.  Unfortunately, I don’t have access to a barbell currently but I’m now able to single-arm swing a 32Kg bell pain-free with both arms (this was impossible a few months ago).  Even during quarantine, we’re making progress and building a better foundation.  I’ve learned so much from both of my coaches and would not have made it this far without them!

If you have health, fitness, strength and/or performance goals, hire a coach.  Regardless of your experience, a great coach will always see things you don’t.  It’s hard to realize this, but many times we get in our own way.  Invest in great people and you’ll go farther as a team than you ever would alone.

Here’s a link to the mobility protocol Mike taught me.  It is an awesome full-body routine that help you move and feel better!