You’re Going to Suck at it for Awhile, and That’s Okay! 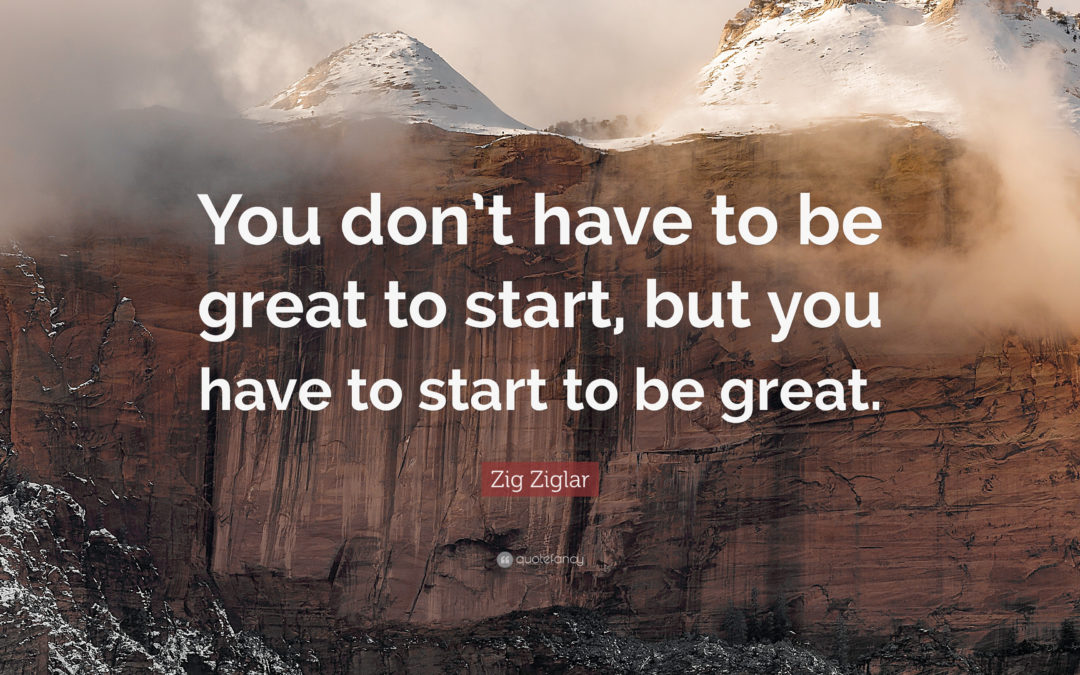 How many times have you wanted to start something but were afraid?  Perhaps you were afraid of failure, embarrassment or a combination?  I’m here to tell you that you are not alone!  Getting anything started from the ground-up is scary, difficult and takes a tremendous amount of work (usually a lot more than we realize in the initial fun ideation phase).  The ideation phase is fun, it’s sexy and the “what if” conversations are exciting as your imagination runs wild.  Then, reality hits.

“This is actually going to take some work,” you think to yourself.  Hopefully at this point, everyone knows that it takes hard work to build anything worthwhile.  Whether it’s a business, relationship, your health, same rule applies.  Now, here’s the tough part that no one tells you about; not only is the start of anything really tough, you’re going to suck at it for awhile.  To quote Dalton from Roadhouse:  “It’ll get good before it gets better.”  This has been true in the fitness business, but the most recent example I have for you is our YouTube series “Beers & Bells.”

When we started the series, there was a vague idea of the direction we wanted to go.  I’m going to be honest and admit that while I started the show and assembled the team, I didn’t provide much guidance or leadership.  Here were some glaring areas that needed improving:

Do you know what the best part about all of those mistakes is?  They are completely in our control to fix!  We purchased a better microphone, selected a better filming location, put together an outline for episodes and coached each other on our speaking during the series.  As a result, things have improved tremendously.  We have simply improved as we went along, and I’m very excited for the next couple of episodes as a result.

Here’s the funny part though.  The problems aren’t going to stop, we’re going to continue hitting roadblocks and obstacles that will have to be overcome.  But, I’m okay with it.  I have a vision for where I want this series to go and what I want to achieve with it.

No matter what you want to accomplish, expect setbacks to occur.  It’s almost inevitable that they are going to happen, especially if your goal is an aggressive one.  Marcus Aurelius, Emperor of Rome and one of the great Stoics, had what he called his negative visualization exercise.  It was his way of preparing for the worst-case scenario so as not to have an emotional response but a logical one.  “Begin each day by telling yourself; Today I shall be meeting with interference, ingratitude, insolence, disloyalty, ill-will…” (Marcus Aurelius).

Thank you all so much for reading this blog and being a member of the Strong Squad! We’ve got some huge things planned for 2021, stay tuned! Here’s the next episode of our YouTube series ”Beers & Bells.”

Train your body, feed your mind.