Change Your use of Language 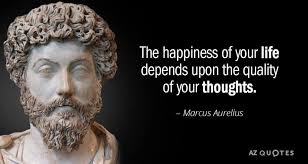 My youngest sister just graduated college and started her career.  Basically, she’s a math wizard and does some really cool things with a big company.  In fact, she graduated college a year early if that gives you an idea…. She’s easily the smartest of the six of us!

I was checking in with her the other day, and she was stressed.  This is her second week of working, and she’s overwhelmed.  This is her first real job and she’s feeling the pressure.  She’s worried about her performance and future with the company.

I told her about my first personal training job seven years ago, and how lost I was the first few years.  I remember feeling the very same way.  Honestly, the first few years of my PT career will be referred to as my Bird Box years!  To help my sister, I tried to help her reframe her thinking around her current struggle.

I reassured her of one important thing:  They would not have hired her if she couldn’t do the job.  The same was true for me at the time.  In addition, I challenged her to change the way she spoke about her current struggles.  Instead of “I can’t” or “I’m overwhelmed,” I suggested “I don’t know what I’m doing, but I’m going to figure it out.”  The former statements are powerless and suck the air out of the room.  The latter statement is empowering and puts you in a mental position to improve.

Life is a series of many obstacles for you to overcome.  There will be many curve balls that come your way, but a simple change in your use of language can have a tremendous effect.  Go ahead, believe in yourself.  I triple-dog dare you!