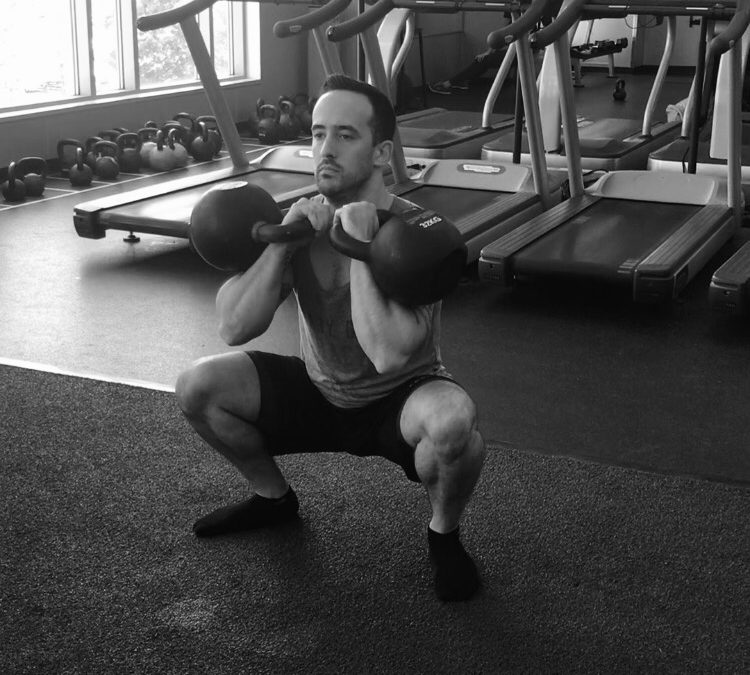 The barbell back squat is one of the most popular exercises in the gym.  It’s a fantastic exercise and accomplishes a lot of great things.  It is commonly referred to as the “king of lifts.”  From lower body strength and hypertrophy to balance and coordination, I think the shoe fits.  I love training the barbell squat and going heavy.  Hitting squat pr’s is very satisfying.

Honestly, I love the philosophical concepts associated with squatting.  Simply put, when life gets you down you’ve gotta get back up.  Now, what’s more poetic than that?  Now, it’s all fun and games until the inevitable moment occurs.  You know what I’m talking about.  Busy day at the gym, peak time and all of the racks are taken.  Cue the dramatic music.  You have two options…

If you take the blue pill, you awkwardly ask the person how many sets they have left and wait. In the meantime, you do your warmup close enough to hover over them and try not to act like a creep.  If the person just started their warmup sets, good luck…

If you take the red pill, I show you another way.  You perform a squat variation, build strong legs and increase your athleticism, preparing you to fight the agents and rewrite the Matrix as you see fit.  I present to you the kettlebell front squat.  I program this exercise more than the barbell back squat due to a multitude of reasons, but here’s the general breakdown.

Don’t get me wrong, I love the barbell squat!  If you’re a powerlifter, it’s a must as you’ll be performing it in competition.  However, my challenge to you is to broaden your horizons and to not let your workout hinge on having one of the most popular pieces in the gym available.  I think you’ll be surprised by the results.